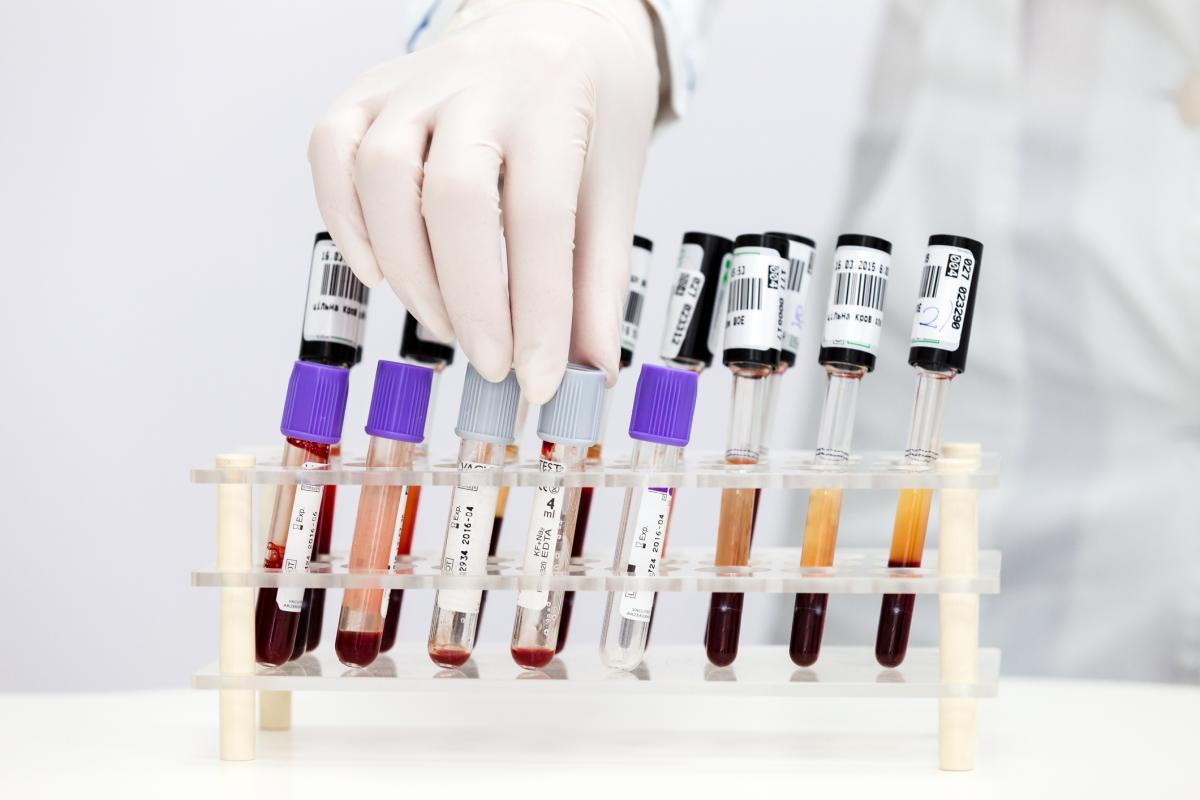 Pancreatic cancer is one of the deadliest of all cancers. More than 90 percent of people will die from the disease. Nebraska Medicine and its academic partner, the University of Nebraska Medical Center (UNMC), are one of the top pancreatic research and clinical programs in the world. With approximately 25 research projects in progress, scientists are working tirelessly to develop treatment therapies and ways to achieve earlier diagnosis of this challenging cancer.

One of these projects is a study led by Kelsey Klute, MD, Nebraska Medicine hematologist and medical oncologist, with the goal of identifying biomarkers during early stages of the disease to help doctors diagnose it sooner and improve patient survival.

The clinical trial is being funded by the National Cancer Institute and includes hospitals that are part of the Pancreatic Cancer Detection Consortium. In addition to Nebraska Medicine, these hospitals also include Baylor Scott & White Research Institute, Dana Farber Cancer Institute, Johns Hopkins University, Mayo Clinic, Stanford University and the University of California Davis Medical Center.

“Any information we can gather will be shared and is going to be very valuable for research here and for these other centers across the country,” says Dr. Klute.

The study involves performing questionnaires and blood tests on individuals at higher risk of developing pancreatic cancer. This includes individuals with a family history of pancreatic cancer, with certain genetic cancer syndromes, with cysts on their pancreas, those who have chronic pancreatitis and people with new onset of diabetes after age 50. “Only about 1 percent of the population will get pancreatic cancer so even though these people are at higher risk, only a small percentage of them will actually develop the disease,” says Dr. Klute.

The goal is to collect blood from 1,000 individuals over five years, notes Dr. Klute. The blood tests are then processed, broken into different components and stored, shared or used by scientists here.

Study participants will be required to come in every six months for a blood draw through the duration of the study. The questionnaire can be performed online at home. The initial visit is usually performed at the Clinical Research Center at the Nebraska Medical Center and should take about 30 minutes.

The study will also include additional testing for patients with diabetes. In people who develop diabetes after age 50, a small percentage of these people develop diabetes due to the development of pancreatic cancer, rather than a result of insulin resistance. “We hope this study will shed some light on the differences in these two groups of people and help us identify the biomarkers that will allow us to diagnose it earlier,” says Dr. Klute.

Pancreatic cancer is expected to become the No. 2 cause of cancer death in the United States within the next few years, surpassing both breast and colon cancer.

“We are involved in fighting pancreatic cancer from every angle – basic science research, diagnostics and therapeutics,” says Dr. Klute. “While there is only a 5 to 7 percent survival rate with pancreatic cancer, we believe we are going to start seeing an increase in survival because of a better understanding of the disease and discoveries that are happening right here in our labs.”