In July 2014, representative from the U.S. State Department visited Nebraska Medicine to take a closer look at the capabilities of our 10-bed Biocontainment Unit. In early September 2014, we successfully treated our first patient, Rick Sacra, MD. Dr. Sacra contracted the virus while treating patients in West Africa. He was discharged from our Biocontainment Unit in late September 2014.

We received our second patient, Ashoka Mukpo, in early October 2014. Mr. Mukpo was declared Ebola-free and discharged later that month. The following month, a third patient arrived in the Biocontainment Unit. Martin Salia, MD, was exposed to Ebola during his service treating patients in West Africa. Tragically, his disease was very advanced by the time he was flown back to the United States. Dr. Salia died a short time later. A plaque honoring his service and sacrifice hangs on the wall of the Biocontainment Unit.

The unit has been operational since 2005 and is one of 10 such units in the country equipped to handle an outbreak of this nature. Our physicians, nurses, respiratory therapists and staff are specially trained and participate in regular drills on the specific protocols and procedures to care for this type of patient. "The Ebola virus is very difficult to contract," says Phil Smith, MD, founding medical director of the unit. "The risk it would pose to people outside the unit would be zero, and this is something that can be very safely treated without infecting health care workers." 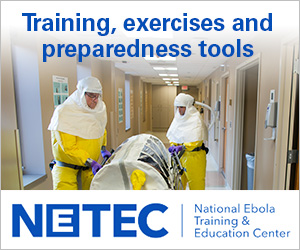 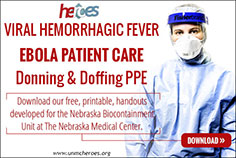 Find a Doctor for This Service