Clarkson Family Medicine physicians specialize in medicine for the entire family: from obstetrics to newborn care, from adolescent medicine to geriatrics and everything in between. We are here to support family’s health care needs throughout their lives.

The clinic operates Monday through Friday from 8 a.m. to 5 p.m. We have 16 exam rooms, a minor procedure room, treadmill, obstetric (OB) non-stress testing, OB ultrasound, radiology services, and a laboratory.

Applicants must apply through ERAS

Interviews are offered after the ERAS application has been reviewed. Applicants will be notified by email if an interview has been offered.

Does your program have board score requirements?

Favorable applicants have three or fewer cumulative fails in the USMLE/NBOME exam cycle. All parts of the examination must be passed within 10 years of passing the first exam.

Do you accept FMG’s in your program?

Yes, ECFMG certified. You must be a US citizen or have a valid visa and work permit.

Does your program require any U.S. clinical experience?

Does your program offer observer/externships?

Yes, see the "How to apply for clerkship" tab.

When is the best time to apply?

We accept applications through ERAS from September to January each year

How many first-year positions does your program offer?

When should I take my Step II Boards?

Take Step II before December, to eliminate the possibility of not being ranked due to the delay of a program getting your results.

Residents and their families are covered by the hospital's group health plan and accident plan, as it exists on the date of employment and as may be amended from time to time.

The hospital will provide term life insurance coverage with the death benefit equal to one times the resident's annual salary following the hospital employee benefit plan as it exists on the date of employment and as may be amended.

The hospital provides disability insurance for its residents following with the hospital employee benefit plan as it exists on the date of employment and as may be amended from time to time.

Residents are covered by liability insurance for all patient encounters during their assigned rotations and at the Old Market Health Center. "Tail" coverage is also provided for any claims arising after completion of the residency relating to patient care during residency.

Coverage is available as an additional benefit at the resident's option for a small, additional fee.

The Clarkson Family Medicine Residency offers a broad and flexible clinical curriculum, which can be individualized to each resident’s professional needs. Our residents often work one-on-one with an attending physician. These close interactions with primary care physicians and specialists allow for exceptional learning and a cooperative community hospital atmosphere.

We emphasize training that will prepare you for a broad scope of practice, enabling you to develop the medical and procedural skills for a variety of patients and levels of acuity. You may customize your schedule to pursue areas of interest such as obstetrics, rural and underserved populations, endoscopies and women’s health. ETHAN COOK, MD, was raised in Pueblo, Colorado. He attended University of Nebraska – Lincoln in Lincoln, Nebraska, where he received a Bachelor of Science in biology. Dr. Cook graduated from University of Nebraska Medical Center in Omaha, Nebraska. He enjoys science fiction, Formula 1 racing, tinkering with coffee and time with his family. 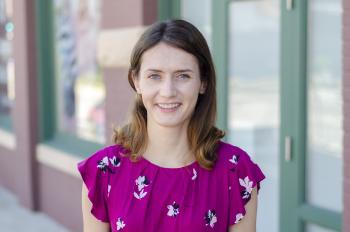 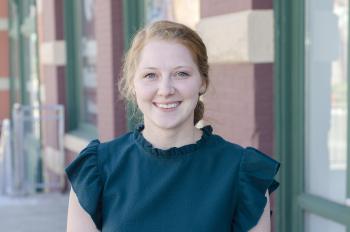 MORGAN DeLOZIER, DO, was raised in Pleasant View, Tennessee. She attended East Tennessee State University in Johnson City, Tennessee, where she received a Bachelor of Science in microbiology. Dr. DeLozier graduated from Lincoln Memorial University – DeBusk College of Osteopathic Medicine in Harrogate, Tennessee. She loves traveling, exploring national parks, and hiking with her husband and their dog, Jarvis. When she wants to relax, she enjoys reading, doing jigsaw puzzles, playing board games and listening to music. 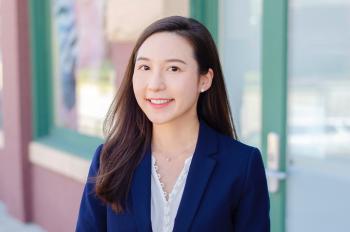 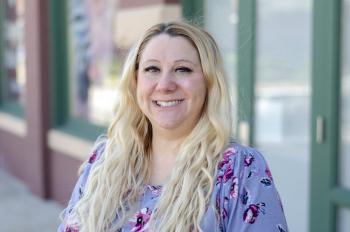 JACQUELINE “JACKIE” HANSON, DO, was raised in Omaha, Nebraska. She attended University of Nebraska – Lincoln in Lincoln, Nebraska, where she received her Bachelor of Arts in psychology and a minor in art history. Dr. Hanson graduated from Kansas City University – College of Osteopathic Medicine in Kansas City, Missouri. Go Sporting KC (MLS team)! She loves spending time with her family, mainly her dachshund mix, Otto, and she hopes to one day have a rescue pet squirrel. Her hobbies include soccer, hip-hop classes, sci-fi and drama TV shows and drag shows. 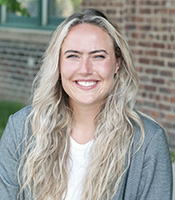 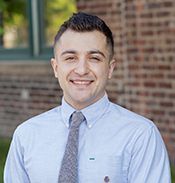 DANIEL ALEKYAN, DO, was raised in Sacramento, California. He attended University of California – Davis in Davis, California, where he received a Bachelor of Science in neurobiology, physiology and behavior health. Dr. Alekyan graduated from Kansas City University of Medicine and Biosciences College of Osteopathic Medicine in Joplin, Missouri. Daniel enjoys trail running, exploring the outdoors, investing, cooking and spending time with his family. 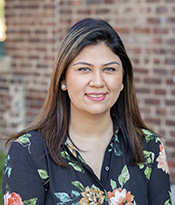 RUBAB ALI, MD, was raised in Islamabad, Pakistan, and London, England. She received her medical education at Shifa College of Medicine in Islamabad. During her medical career, Dr. Ali has participated in several high value care initiatives and care for the underserved. She speaks many languages and is published in several periodicals. Outside of medicine, Dr. Ali enjoys traveling, sketching, photography, cooking and spending time with friends and family. She is overjoyed to be joining the Clarkson Family Medicine family.

ANYUN MA, MD, was raised in Hebei, China. She attended the University of Nebraska Medical Center in Omaha, Nebraska, where she received her Doctor of Philosophy in neurocardiac physiology. Dr. Ma earned her medical degree at Tongji University School of Medicine in Shanghai, China. Dr. Ma speaks English and Mandarin. She enjoys karaoke, Zumba, playing the fiddle, reading, cooking and crafting. 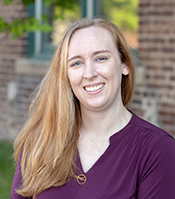 ERIN C. RAY, DO, was raised in Colorado Springs, Colorado. She attended the University of Nebraska – Lincoln in Lincoln, Nebraska, where she received a Bachelor of Science in biology. Dr. Ray received her medical degree from Kansas City University of Medicine and Biosciences College of Osteopathic Medicine in Kansas City, Missouri. She is a crazy cat mom with a spoiled cat. Dr. Ray enjoys kickboxing, attempting painting, traveling to places far and wide and hiking. 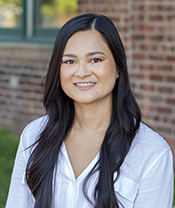 MADELINE S. TROUT, DO, was raised in Hays, Kansas. She received a Bachelor of Science in biomedical sciences from the University of South Alabama in Mobile, Alabama. Dr. Trout received her medical degree from Philadelphia College of Osteopathic Medicine in Suwanee, Georgia. She enjoys classic movies, 1960s/70s rock music, hiking, traveling, trying different ethnic cuisine, cooking and baking and spending time with her two cats and fiancé. 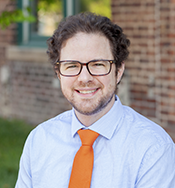 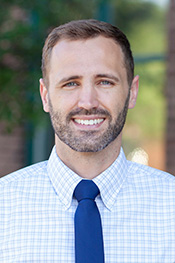 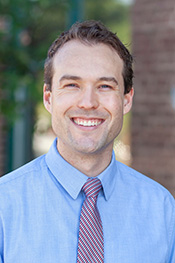 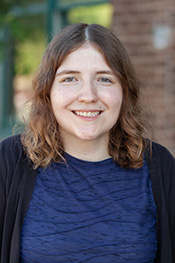 JENNIFER N. DIAMOND, DO, was raised in Omaha, Nebraska. She attended the University of Notre Dame in South Bend, Indiana, where she received a Bachelor of Arts in pre-health and economics. Dr. Diamond earned her medical degree at A. T. Still University of Health Sciences Kirksville College of Osteopathic Medicine in Kirksville, Missouri. She likes dachshunds, Disney, Notre Dame football, soccer, spin, coffee, art and reading. 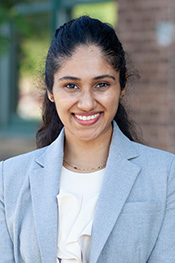 JOANNA SARAH JACOB, MBBS, was raised in Bahrain, Saudi Arabia, Tanzania, and then moved to India for high school and medical school. She received a post graduate diploma in family medicine from Christian Medical College-Vellore, India, from September 2016 to December 2018. Dr. Jacob received her medical education at Father Muller Medical College in India. She speaks many languages and enjoys reading, playing the guitar, singing, trekking, traveling, learning new languages and cooking with her husband. 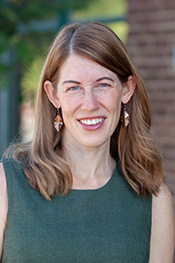 KELSEY P. NOBLE, DO, was born in Omaha, Nebraska. She received a Bachelor of Science in neuroscience/philosophy from the University of Southern California in Los Angeles, California. Dr. Noble received a Master of Science in acupuncture from New York College of Traditional Chinese Medicine in Mineola, New York. Dr. Noble graduated from Des Moines University of Osteopathic Medicine in Des Moines, Iowa, this spring. She is thrilled to be back in Omaha and enjoys hiking, gardening, yoga, and seeing live music, especially when she can share these experiences with her family. 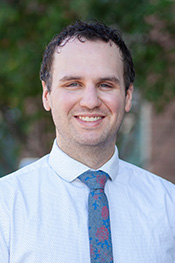 JUSTIN T. SCHRAMM, DO, was raised in Sac City, Iowa. He attended Creighton University in Omaha, Nebraska, where he received a Bachelor of Arts in theology and a Master of Science in health care ethics. He received his medical degree from A.T. Still University of Health Sciences Kirksville College of Osteopathic Medicine in Kirksville, Missouri. He enjoys hiking, camping, being outdoors, playing board games with friends and spending time with his wife and pets.

Let us introduce ourselves.

We are dedicated to propel you into your own practice. Here at Clarkson Family Medicine, we want to assure you we listen, care for and support our residents. Although we are teaching you, we are learning from you too. 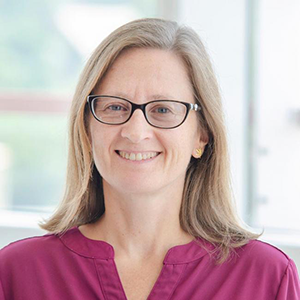 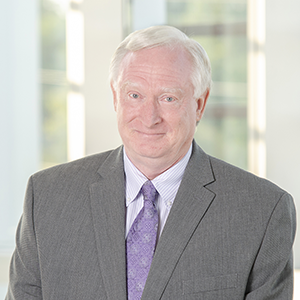 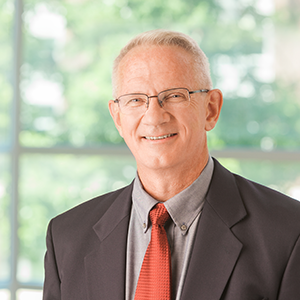 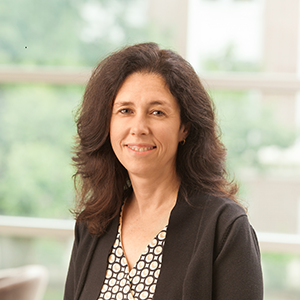 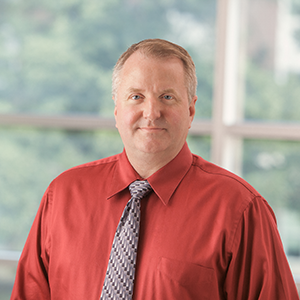 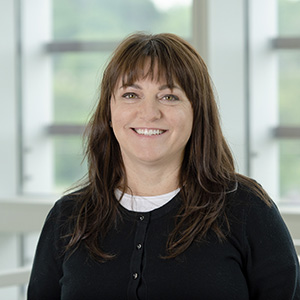 Medical student clerkship: We offer a four week clerkship that exposes students to the full breadth of family medicine while taking into consideration their special interests. Clerkships are available every month and are available to third and fourth-year medical students. If you are interested in a clerkship in family medicine, contact our program coordinator at 402.552.2050 or email cfm@nebraskamed.com.

Omaha is a vibrant, attractive city that provides all the amenities of a much larger metropolitan area and yet, is family oriented and friendly. Omaha boasts an attractively low cost of living that is 19 percent less than the national average. Watch this video to find out more!

Our city continues to thrive with projects such as the Riverfront Revitalization. Explore, shop and dine in Omaha's Old Market.

Blackstone District is a few minutes from the main campus whether you are in the mood for fresh flavors or classic cocktails.

Read the 2022 We Don't Coast digital magazine to learn more about our community.

Outside of Omaha, the state of Nebraska provides wonders and getaways from the hustle and bustle of the city. Check it out!

Have questions? Please reach out!

Check out the inside of our clinic Find us on Instagram