Epilepsy causes and cures: How the keto diet, cannabis and other treatments affect seizures 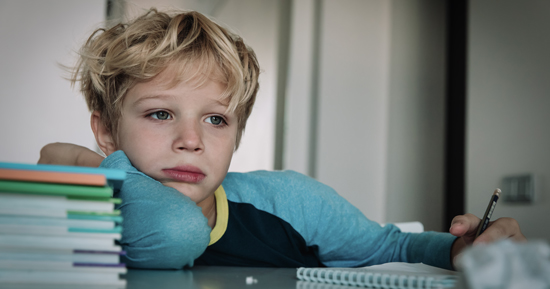 Epilepsy is an unpredictable and often misunderstood disease. When the condition isn't controlled, seizures can happen at any time and disrupt your life, relationships and wellbeing.

Neurologists and neurosurgeons at the Nebraska Medicine Comprehensive Epilepsy Center can help you live seizure-free. Find out the latest treatment options for people with epilepsy – including whether the keto diet or cannabis derived medications are effective against seizures.

Symptoms depend on the part of your brain affected, which determines what type of seizure you have. Most people with epilepsy will have similar symptoms from seizure to seizure. For example, patient Meg Busing experienced her seizures as "staring spells" every time.

Epilepsy symptoms can include:

How epilepsy is diagnosed

To help diagnose epilepsy, doctors can use a magnetoencephalography or MEG scanner. "On the MEG scanner, someone with epilepsy will have a distinct pattern of brain activity compared to that in a person without epilepsy," explains neurological researcher Valentina Gumenyuk, PhD.

It's important to come to an experienced epilepsy center like ours to ensure you receive the right treatment. "We've provided cutting-edge specialized care for seizures at our center for over 15 years," says neurologist and epilepsy specialist Olga Taraschenko, MD, PhD. "We can determine the most suitable treatment for your specific condition."

Early diagnosis and treatment are important to prevent the disease from progressing and causing long-term health consequences. Untreated, recurrent seizures can cause lasting damage to the brain and even death.

Seizures are temporary, abnormal changes in electrical activity in the brain.

Seizure onset – or where seizures come from – can vary greatly. "Your brain waveforms are like fingerprints – unique to you," says Dr. Gumenyuk.

"Your brain's temporal lobe looks different than mine."

Symptoms depend on where the seizure starts in the brain.

Doctors use the MEG scanner to see where seizures start, helping them find the best way to treat each patient. "The MEG imaging has an advantage over other types of brain imaging when it comes to evaluation of where seizures are coming from, or where a tumor is growing. It is more precise and can access the areas that are situated deep inside the brain and otherwise are not well visualized," says Dr. Gumenyuk.

The MEG scanner can measure EEG and MEG waveforms at the same time. "The new device installed in our MEG laboratory last month has truly revolutionized our process for diagnosing seizures and brain tumors," says Dr. Taraschenko.

Can epilepsy be cured?

Epilepsy is a bit like diabetes – with a doctor's help, it can be managed and controlled. But curing epilepsy is rarely possible.

"Epilepsy doesn't go away, but you can combat seizures enough that people have the best possible lives," says Dr. Taraschenko. "With the right treatment, some patients do become seizure free."

The type and combination of drugs prescribed depends on the specific type of epilepsy and its point of origin. By showing exactly where the brain is malfunctioning, the MEG scanner helps our doctors treat the disorder with precision.

With the right medications, 65% to 70% of patients can become seizure-free. The remaining 30% to 35% percent will need surgery combined with medications.

The specialists here all have fellowship training and years of experience with hard-to-treat seizures. "Seeing a specialist can save you years of suffering and get your seizures under control," says Dr. Taraschenko. "Epilepsy is what we do."

Get your epilepsy under control
Call 800.922.0000 to make an appointment with an epilepsy expert.

"The ketogenic diet can be very effective in epilepsy patients," says Dr. Taraschenko. The keto diet is hard to follow, though. Cheating on the diet – eating carbs – limits how well it works. "Children are usually more successful with the keto diet. Since their parents can control what foods they buy, following the restrictive diet is easier."

A less-restrictive version, called the modified Atkins diet or low carb diet, can also reduce seizures. But it's not as effective as the keto diet. The

Atkins diet is often chosen for teenagers and adults.

Weed and seizures: Can cannabis help people with epilepsy?

"There is a cannabis derived medication we can prescribe, but it only works for specific types of epilepsy," says Dr. Taraschenko. It's an FDA-approved, plant-based medication for two rare and severe forms of epilepsy: Lennox-Gastaut syndrome and Dravet syndrome.

"Marijuana itself or CBD oil is not a proven treatment for epilepsy," cautions Dr. Taraschenko. "Also, marijuana products purchased from stores or online can contain unknown derivatives or harmful contaminants. This pharmaceutical medication, on the other hand, has undergone rigorous testing and quality control, so we know exactly what's in it."

Talk to your doctor if you have questions about cannabis and epilepsy.

When epilepsy meds don't work, surgery may be next

If your epilepsy doesn't respond to medications and diet changes, surgery is the next option.

Surgery can range from simple to complex:

Every patient considered for surgery undergoes MEG imaging. The MEG results provide a detailed map of the magnetic fields generated by the brain's activity. This map allows doctors to identify where a problem might be occurring.

MEG imaging is very precise. "If the area of the seizure origin is not established on EEG, then the MEG can point to the potential site and localize abnormal brain activity with an error of less than 5 mm," says Dr. Taraschenko. "There are virtually no other methods to detect the time of the abnormal activity and also localize it within the brain."

"In some patients, removing tissue surgically isn't an option," explains neurosurgeon Aviva Abosch, MD, PhD. "For example, if the seizure location overlaps with critical brain functions – such as control of limb movement or speech – then the epilepsy surgeons can't remove that part of the brain."

If medications haven't helped and surgical removal of the seizure location is not an option, patients can get responsive neurostimulation therapy.

The implantable device works somewhat like a pacemaker for the heart. "Much like a pacemaker senses abnormal cardiac activity, the responsive neurostimulator monitors and senses electrical abnormalities in the brain," says Dr. Abosch.

"Before we place the device, we find precisely where the seizures are coming from. We put electrodes directly at the brain location where seizures start," explains Dr. Abosch. Nebraska Medicine has one of the largest experiences in the country with responsive neurostimulation therapy.

Some patients become seizure-free after responsive neurostimulation. Others may reduce the number of medications they're on because neurostimulation results in a substantial decrease in the frequency and severity of their seizures.

Can epilepsy kill you?

People with epilepsy are at high risk of dying from preventable causes, like motor vehicle accidents and drowning. There is also the risk of Sudden Unexpected Death in Epilepsy or  SUDEP. Most cases of SUDEP happen during or immediately following a seizure.

"SUDEP is particularly prevalent in patients who have poorly controlled seizures or refractory seizures," says Dr. Taraschenko. "We don't know for sure how SUDEP happens. Theories include going too long without breathing or cardiac arrest resulting from a seizure."

Having a seizure at the wrong time can be life-threatening. Seeing an epilepsy specialist, who can help you manage the condition, is critical.

Uncontrollable seizures? We can help.
Call 800.922.0000 to make an appointment with an epilepsy expert.

Get treated by the best doctors in the region

As a certified level 4 epilepsy center, we offer the most modern and most complex care to people with seizures and epilepsy. Patients who come to our center have access to dedicated epilepsy neurosurgeons and neurologists, specialty medications, social workers, nurse case managers, neuropsychologists and registered dietitians. We also connect you with all available community resources.

Why come to Nebraska Medicine?

How do you get epilepsy?

Epilepsy commonly occurs in two groups: children born with the disease and adults who develop it due to degenerative diseases or trauma. Learn more.

With right treatment, most epilepsy patients can live normal lives

Treatment and management of epilepsy continues to improve. With the right diagnosis and treatment, most patients can live a normal life.

My battle with epilepsy: Free of seizures, helping others

It was March 6, 1998, my freshman year of high school. My childhood dream had come true, and I was just finishing my first season on the high school basketball