My battle with epilepsy: Free of seizures, helping others

It was March 6, 1998, my freshman year of high school. My childhood dream had come true, and I was just finishing my first season on the high school basketball team. On the way home from school that day, I was in a car accident with four of my girlfriends. An ambulance rushed me to the hospital, I was unresponsive. 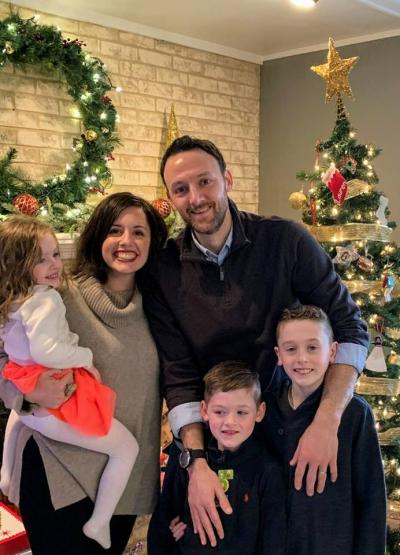 After a week-long coma, I awoke. My parents explained that as the car hit a tree on my side, I hit my head and suffered a traumatic brain injury. A TBI is what they called it. I had no recollection of that day. I looked in the mirror and saw the same girl that I remembered. But as I looked closer, I saw a chunk of big brown spikes of hair standing straight up like needles on a Christmas tree! My mom explained to me that the doctors had to shave part of my hair in the ER to monitor the pressure in my brain. As a 14-year-old, I was super bummed, but also relieved that after such a serious accident, all that had changed was my hair. I had no idea what was brewing inside.

I started rehabilitation for my brain injury, which included physical, occupational and speech therapies at a local hospital where I lived for the next month. It was there that I began to realize I wasn’t the same girl as I was before the accident. I was having trouble finding words and holding on to conversations; naming objects that I used every day had become so difficult; putting simple puzzles together took longer than it had ever taken before. I started to realize that it wasn’t just a clump of hair that was missing – for the first time, I could tell that I was more damaged on the inside than on the outside. That’s something that has always been difficult for people to understand.

Four years later, I graduated from high school and accomplished a goal of making it to nursing school. During my second semester, I was giving a presentation. A minute or so passed and things were going well. But all of a sudden, out of nowhere, my heart began to race – not out of nervousness, but more like I was running from a train and couldn’t get away. I kept trying to swallow, but my mouth was too dry. I worked hard preparing for this presentation, but the words I was planning to use just weren’t coming out. 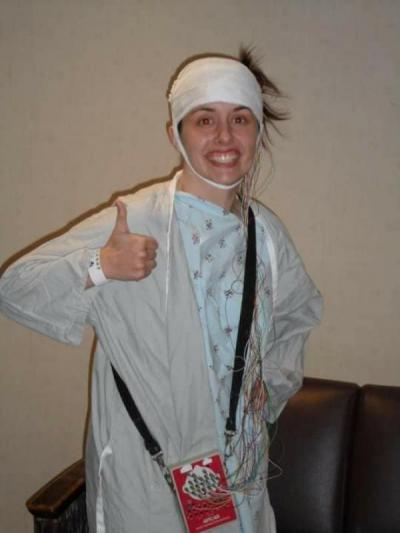 I tried to take some deep breaths to relieve what I thought was nerves, but I couldn’t even gather the breaths. The scariest part was knowing how important it was to make eye contact with the entire audience during a presentation, but for 10 seconds I felt paralyzed and blankly stared off, unable to look away from one side of the room. After what seemed like forever, I regained my composure and was able to finish the last minute or so of my presentation.

A nursing instructor who saw my presentation that day encouraged me to see a neurologist. I had a few more of those panicky moments until my appointment at Nebraska Medicine a few weeks later. My neurologist explained to me that those “staring spells” I was describing were actually complex-partial seizures, and that since I had already had more than two, that meant that I had epilepsy. He stated it so casually, “So Meg, you have epilepsy.” I had only heard about seizures on TV, didn’t know anyone else who had epilepsy and had no idea that just a 10-second staring spell could cause such a halt on my life.

The medication I was on after my diagnosis made me tired. Between the long hours of homework, clinicals, tests and lack of sleep the seizures continued. I wasn’t comfortable telling fellow classmates or my instructors about my new diagnosis. I was embarrassed and didn’t want the extra attention or stigma that epilepsy presents. My newly diagnosed epilepsy and the long-term effects of my TBI were making school more and more difficult. As college continued, so did seizures. I had to start three additional epilepsy medications, their side effects alone making school days more difficult. Dizziness, nausea, extreme fatigue, double vision and memory problems affected me daily and made nursing school more and more difficult.

I worked hard to remain positive and with the assistance from amazing teachers at the University of Nebraska Medical Center, I graduated, became a registered nurse, and started my first job in pediatrics! But instead of taking care of patients, I was laying down in the break room after a seizure. I struggled daily not to let seizures define me, but as the year went by, my seizures persisted. Despite trying to remain positive on the outside, on the inside I was losing my confidence, my independence and my self-esteem. I knew that something had to change. That is when I decided to follow my doctor’s recommendation, and pursue epilepsy surgery at the Nebraska Medical Center.

I underwent months of testing and when I finally found out that I was a candidate, I made the scary decision to go forward with a temporal lobectomy if it meant that I could have a chance at a better life. Epilepsy surgery was an intense two-part surgery. EEG leads were placed directly on my brain to find the exact location of seizures for the first stage. Three days later, a neurosurgeon removed a portion of my left temporal lobe. The surgery was intense and the scariest thing that I have ever done. But it has been worth it ever since.

"I’ve been seizure free for seven years. Seven years of freedom from the constant anxiety that came from seizures popping up at the most inopportune times. Seven years free of hopelessness and fear." -Meg Busing, Founder, Camp YouCan

I remember taking a shower for the first time after my surgery. As my mom was washing my hair and trying to avoid the incision, chunks of my brown strands were falling out. As I stood there full of emotion, I realized how similar my experience with surgery was to my post-car accident experience. This time though, I realized that while it looked like all that I had been through was a change in hairstyle, it meant that life again would never be the same.

I’ve been seizure free for seven years. Seven years of freedom from the constant anxiety that came from seizures popping up at the most inopportune times. Seven years free of hopelessness and fear. And although I am free from the seizures that put such a halt on my life, I have the remaining invisible challenges that have come from my TBI and years of uncontrolled seizures. My career as a registered nurse has taken a new route. From providing direct patient care to now providing encouragement and holistic care to campers and their families. 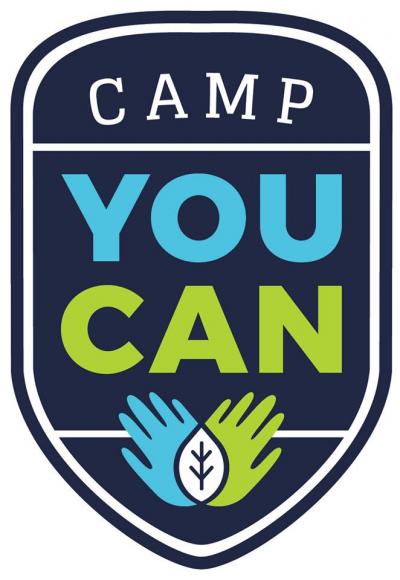 I volunteered at a camp for kids with cancer in California in college and saw the true value of bringing a group of kids together who really understood each other’s illness; it inspired me to create a similar experience for kids and teens with epilepsy in the Midwest. I named it Camp YouCan. So many times throughout our lives, epilepsy patients are reminded of the things that we can’t do. No more driving, no swimming, no slumber parties, no independence, no self-esteem. Epilepsy isn’t just physical, it's emotional as well. I wanted to create a place for kids with epilepsy to come to see all that they CAN do. At Camp YouCan, kids can zoom across the zip line, climb a rock wall, and shoot a bow and arrow. They can make new friends who truly share their feelings of what it's like to have seizures. With epilepsy, too many days are filled with reminders of what shouldn’t be done. And at Camp YouCan, we’re on a mission to change that!

Camp YouCan has now grown into the Midwest YouCan Foundation, serving not only kids but also adults with epilepsy. We combat our challenges through empowerment. We celebrate all of the amazing things we can do as well!

From a fateful afternoon car ride to a camp that can impact a child’s life forever, my own tragedy has turned into a story of triumph for others; providing people with epilepsy opportunities to see all that they CAN do.

How do you get epilepsy?

Epilepsy commonly occurs in two groups: children born with the disease and adults who develop it due to degenerative diseases or trauma. Learn more.

With right treatment, most epilepsy patients can live normal lives

Treatment and management of epilepsy continues to improve. With the right diagnosis and treatment, most patients can live a normal life.